In the sphere of piano performance or piano artistry there are few human activities where the necessity for extraordinary physical prowess is so closely aligned with the greatest intellectual and emotional capacities.

The virtuoso must possess a memory capable of maintaining thousands of pages of music in the mind and fingers, under the stress and distractions of public performance; the virtuoso must be cultured and self-aware, musically able to convey the great range of meaning embodied within a chosen repertoire; the virtuoso must project both physical excitement and emotional communication; and the virtuoso must experience life to the fullest while remaining cloistered with an instrument in a relentless quest to maintain his or her craft at its highest level. 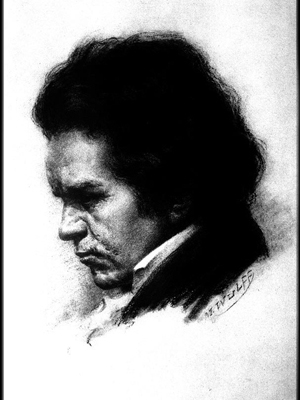 The History of the ‘Moonlight’ Sonata. 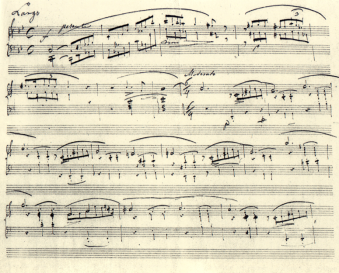 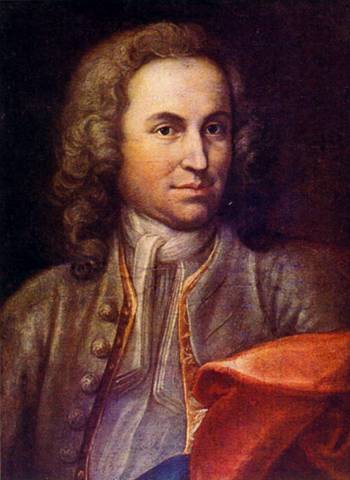 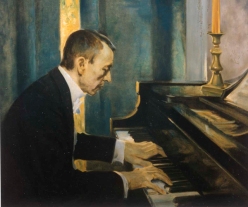 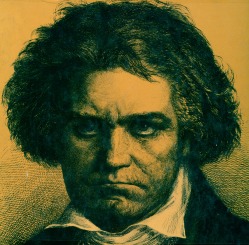 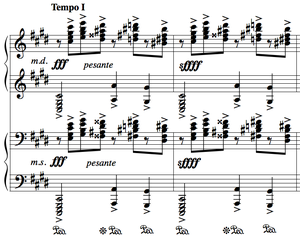 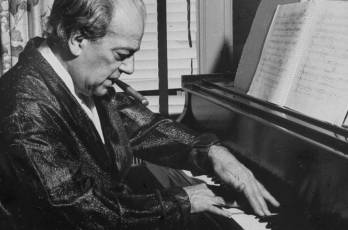 The Art of Piano Performance

Practice Tips for Developing a Solid Technique in Piano Performance

Practicing is both an art and a science. Every student of piano performance must remember that their achievement on the instrument will be the direct result of the amount of time and the quality of their practicing.

The art and science of practicing is not just time spent at the instrument but time spent listening to the music the student is working on, studying and understanding the harmonic analysis of the music as well as researching the time period and technical characteristics of the composer of the piece you are working on.

In addition to this, it is advisable for the student to prepare a weekly plan outlining the time spent on specific techniques, repertoire, sight-reading and review of old or previously learned repertoire.

The toccata an extensive piece intended primarily as a display of manual dexterity written for keyboard instruments reached its apex with Johann Sebastian Bach in the eighteenth century. Johann Sebastian Bach’s seven Toccatas incorporate rapid runs and arpeggios alternating with chordal passages, slow adagios and at least one or sometimes two fugues. The Toccatas have an improvisational feel to them analogous to the fantasia. Unlike the Well Tempered Clavier, English suites, French suites and other sets, Bach himself did not arrange them into a collection. When JS Bach left Weimar the Toccata at that time was out of fashion. They became in vogue again after his death and were organized into a collection. The g minor Toccata is one of the more obscure of the toccatas and has rarely been performed partially due to the extensive second fugue with its many thorny passages of the contrasting gigue rhythm. However, this Toccata has many fascinating effects. It is one of the only pieces by JS Bach that has dynamic markings of piano and forte.

The g minor Toccata opens with a flourish, which leads into an expressive adagio with an improvisational feel. The adagio is interrupted by a lively allegro in the relative major key of Bb which includes concerto-ritornello passages of imitation and solo/tutti passages. A deceptive cadence leads back into the adagio where it was interrupted and then closes the adagio with a perfect authentic cadence in Bb major. This aspect provides a unity to the different movements of the Toccata. The other striking example of unity between movements is the beginning flourish repeated at the end of the second fugue, which leads into a formal closing of the work.

The extended fugue in a gigue has a subject of an ascending sequence combined with a countersubject of driving triplets. The subject of the fugue has twelve expository entries followed by eleven entries. There are inversions, permutations, combinations of minor with major, which is varied by modulating to the subdominant, then to Eb major and then back to the g minor tonic. The vivacious counter subject of driving triplets provides a symmetrical balance.

To learn more about Fugues please read my other Hub: The Art of Fugue

For More Information on Piano Lessons in Boca Raton or Via Skype:

Chopin composed a Marché in 1837, stark and unadorned in melody but quite powerful. Opus 35 is built around this Marché and is the foundation of the sonata. Two years after the Marché was written as it was originally called, the sonata became published 1839. The outline of the sonata is:

Beethoven’s Sonata no. 12 op 26 is often thought of as an influence to Chopin’s opus 35. It has a similar construction; the first movement is a theme and variation. The second movement a scherzo, the third movement a funeral march and the fourth movement is a finale of unrelenting sixteenth notes. It is known Chopin played and admired it. Additionally he used it a great deal in his teaching. Many of his students reported working on it. Chopin’s earlier attempt at the sonata was in 1829 with his first sonata in c minor. Haslinger the publisher agreed to publish it in 1829 but later changed his mind. With Chopin’s works now being in demand, Haslinger had it engraved to begin publication. Chopin refused to authorize its publication but learned it was already in distribution in a letter from his father. He had recently made his home in Paris, following an unsuccessful stay in Vienna. Beethoven’s presence was still larger than life in Vienna as master of the sonata form, and Chopin wanted to prove he too had mastery of the large-scale form. He did not want to be judged by a composition written while he was still a student.

Chopin gave a preview performance of the Marché and reviews of this performance state Chopin had a ghostly appearance. The solemn feeling of the Marché brought tears to the eyes of the audience and Chopin removing the word funèbre from the title of the Marché intensified the music’s painful impact.

Marquis de Custine, left the most evocative corroboration in a letter of 22 October 1838 to Sophie Gay:

‘Consumption has seized that figure and has made of it a soul without a body. To say his farewells to us…then, to finish, funeral marches that, despite myself, made me dissolve in tears’.

Opus 35 is structured as a narrative, a story where each of the movements leads directly into the next. The stormy agitated chords of the coda in the first movement become the theme of the scherzo.

The four bar introduction to the first movement marked grave could just as easily be an introduction to the Marché. The finale which is a miniature sonata in and of itself sums it all up in one of the most mystifying enigmatic pieces ever written for the piano in a minute and a half.

The exposition in the first movement depicts a stormy life of a Polish émigré going first to Vienna then onwards to Paris, France. The turbulence and agitation of the first theme group in the exposition exhibits Chopin’s inner turmoil, which is strongly contrasted with a lyrical second theme group in the exposition. The sarcastic side of Chopin’s personality is shown in the Scherzo. The scherzo is fiery and displays a great deal of rage with explosive chords, which emulate the repeated tonic note as in the Marché. In Chopin’s life there was also a great deal of unrest over political problems in Poland as well as a tumultuous relationship with George Sand. Another source of controversy was his opposition to the romantic climate in which he was immersed in Paris. An ingenious composer with strong roots in classical and baroque music, Chopin’s music was also revolutionary. Lyrical trios in the second and third movements follow the classical sonata outline going to the relative major keys yet still have Chopin’s distinctive nocturne style. This put his signature on the classical sonata form. Chopin’s frail health continued to deteriorate and he was often consumed with thoughts of death, hence the foundation of the sonata is the Marché. Friends said he often stated “please make sure I am not buried alive”.

The first movement of Beethoven’s Opus 27 No. 2 C# minor sonata was very popular in Beethoven’s day, to the point of exasperating the composer himself, who remarked to Czerny, ‘They are always talking about the C# minor Sonata surely I’ve written better things.’ Nearly two hundred years later, it still remains the most popular and downloaded piece of ‘classical’ music.

The title Moonlight Sonata actually didn’t come about until several years after Beethoven’s death. In 1836, German music critic, Ludwig Rellstab wrote that the sonata reminded him of the reflected moonlight off Lake Lucerne. Since then, Moonlight Sonata has remained the “official” unofficial title of the sonata.

What changes in Beethoven’s life led to these transformations in his music?

In 1800-1802 Ludwig van Beethoven experienced devastating internal turmoil in trying to come to terms with his hearing loss. To the outside world, his life seemed to be ideal, with his success as a virtuoso pianist and as a successful, sought after composer in Vienna. He gradually began to withdraw from society and friends, however, as he felt it would be detrimental to his successful career as a musician if people found out he was going deaf. People felt he was being misanthropic, yet it was quite the opposite. Beethoven lived in a great deal of solitude and loneliness due to his impending and eventual complete deafness, which would eventually have a profound effect on his spiritual and creative growth as a composer and a musician. The years of 1800-1802 were a transformative period in Beethoven’s life, and marked the beginning of his second stylistic period. As Beethoven’s outer hearing deteriorated, his inner hearing continued to grow.

Beethoven sought treatment in the village of Heilgenstadt in the late spring of 1802 until October of that year. Full of despair over the unsuccessful treatment, he considered ending his life. In a famous letter known as the Heilgenstadt Testament written to his brothers, he wrote “Thanks…to my art I did not end my life by suicide.”

Over and over in Beethoven’s music themes of victory over tragedy abound. In the internal struggle he faced,  his music often showed the greatest despair and sorrow, yet always transcended into triumphant victory. With that same inner struggle, Beethoven learned to transcend deafness and still be victorious in creating greater and greater masterpieces.

During the late 1790s, Beethoven’s music began to show changes, as well as enlargement of form. After the Heilgenstadt Testament, Beethoven expressed dissatisfaction with his compositions and according to Czerny was “determined to take a new path.” [1] The changes included strong links between sonata movements, intensified drama, harmonic instability and motivic elements affecting the larger form.

This Sonata could be interpreted as Beethoven beginning to come to terms with his impending eventual deafness. The mourning and loss of the Adagio Sostenuto with its modal changes, dissonances, rhythms and chants representative of Trauermusik followed by the rage of the stormy third movement, were his way of expressing how he felt about this affliction of deafness while writing the most extraordinary music and not being able to hear it.

Beethoven would live most of his life in a great deal of loneliness and despair with most of his life devoted to the development of his art and creativity. As this sonata was written towards the beginning of his second stylistic period many masterpieces would follow the ‘Sonata Quasi Una Fantasia’.